“Adventures in Qi Healing with Master Jiang ” is available on MasterJiang.COM site.

The book “Adventures in Healing with Master Jiang Qi” is finally available worldwide.

It was released during two events – the first in China and the second in Bucharest.

The first event took place in the presence of Master Jiang in Taiping, Anhui Province, China, on March 2, 2013 in front of an audience of more than 100 people from over 10 countries.

The second launch event took place during the OpenConnect # 24 session at Starbucks, Mall Vitan, March 7, 2013 in front of over 80 contractors, consultants and freelancers.

The event was broadcast live by the LTV being watched online by over 3900 people.

The book is published 100% in “self-publishing” mode and it is ONLY available on this site. 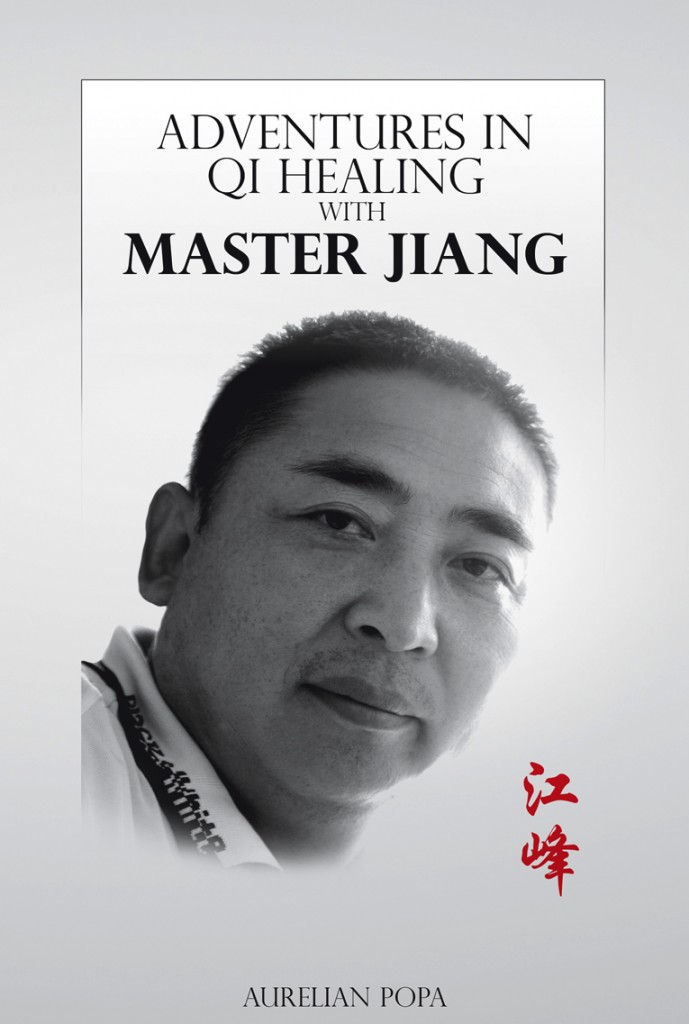 To order the book, fill in the form below:
(all fields are required) 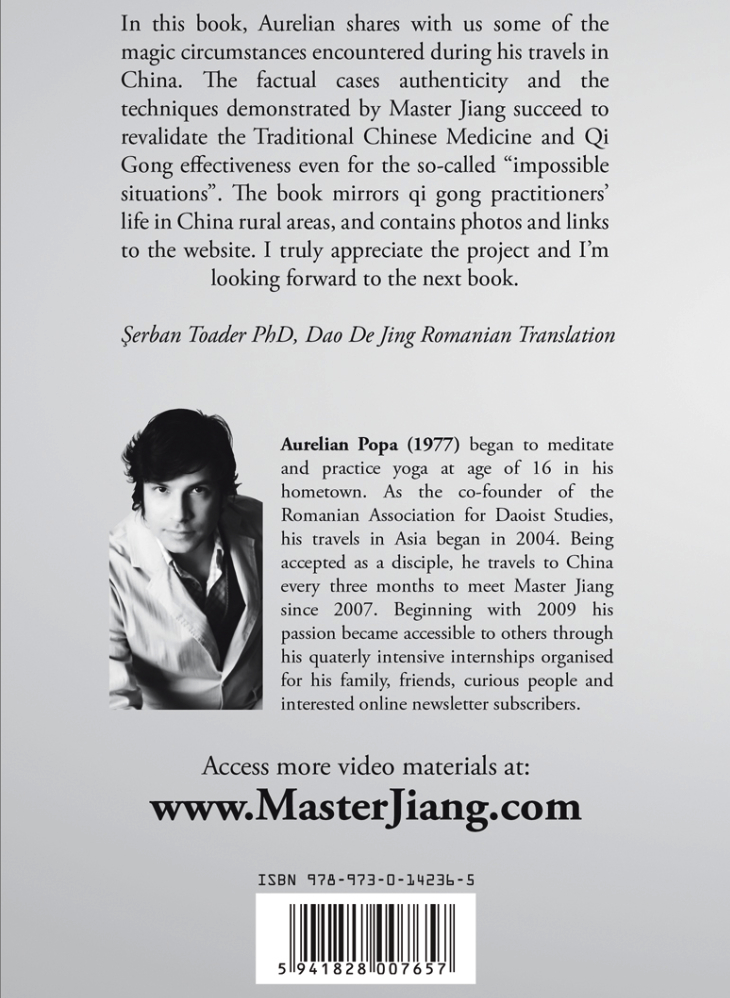 Intro
1. The Public Demonstration
2. The Sacred Oil
3. The Sweet Skin
4. The Grandmaster
5. The Soul Healing
6. The Inner Fire
7. The Bitter Skin
8. The Exception
9. The ingredient
Outro

I’m writing the intro of this book 6 years after I met Master Jiang.

The first chapter of the book I wrote in two months, as soon as I met him. I did not want to publish the book until at least 5 years passed and not until enough healing cases gathered. All the stories here are real facts with real people. I just changed the names in case people did not want to expressly appear in a book.

Therefore, to be clear, this book is not a book of fiction. So if it’s not fiction, it’s not about me and it’s not even about Master Jiang… Who or what is it about?

It’s about real cases where a bunch of people with serious diseases were diagnosed, treated and healed through Master Jiang’s involvement, using plants, minerals, qi and other paranormal methods.

Born in 1977, Aurelian Popa began to meditate and practice Yoga at age 16 in his hometown.
Co-founder of the Romanian Association for Daoist Studies, he began his travels in Asia in 2004.
Since 2007, after being accepted as a disciple, he has travelled to China every three months to meet Master Jiang. He participated as a student in numerous seminars: Master Wang Liping (Dalian), Master Luo (Bangkok) and visited Master John Chang (The Magus of Java) at home.
Beginning with 2009 his passion became accessible to others through his quarterly intensive internships organised for his family, friends, curious people and interested online newsletter subscribers.